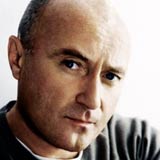 Phil Collins never officially retired. There was originally his book on “The Alamo,” there were statements about wanting to spend more time with his family and reports of nerve damage to his hands and back problems that meant he had to tape the drum sticks to his hands.
All of that may now be in the past as he has told a German paper that he is considering coming back to music. His two boys have moved to Miami with his ex-wife, who has remarried and Collins has taken a small apartment in New York to be a bit closer to them.
More importantly to the music world, he has begun to write again and is thinking about performing. “I have started thinking about doing new stuff. Maybe playing] some shows again, even with Genesis. Everything is possible. We could tour in Australia and South America. We haven’t been there yet.”

Queen's Brian May has told Mojo Magazine that there is more unreleased Freddie Mercury music then originally thought and a full album is not out of the question. May said "There's more in there than we thought, in the Queen source archive. We've found some Freddie vocals, some demos." They have been busy transferring the material from tape to digital at the highest resolution available so that they can work with the tracks and for archiving purposes. The full breadth […]