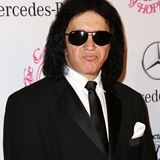 Rock Legend and media mogul, Gene Simmons will mentor and jam with campers along with fellow rock star friends at Rock ‘n’ Roll Fantasy Camp offering an opportunity of a lifetime at its Las Vegas studios.
The camp will also feature Tommy Thayer (KISS), Sebastian Bach (Skid Row), Steve Stevens (Billy Idol), Dave Ellefson (Megadeth). Together alongside Simmons, they will help musicians of all levels form bands, learn or perfect their knowledge of an instrument, write and record a song. The four-day camp will culminate with a live performance at House of Blues at the Mandalay Bay Resort and Casino in Las Vegas March 27-30, 2014. This March marks Simmons’ return to Rock ‘n’ Roll Fantasy Camp for the first time since his October 2012.
“Mentoring adult and young rockers at the fantasy camp has always been an amazingly rewarding experience for me,” said Simmons. “I enjoy teaching and handing over lessons I’ve learned from the business to musicians and upcoming talent”

Billy Joel will become the first "franchise" singer at New York's Madison Square Garden, playing one show per month until there is no longer demand. The schedule has been set through may with a May 9 date, which also will be his 65th birthday, added to the already scheduled January 27, February 3, March 21 and April 18. Joel said in a statement "Performing at Madison Square Garden is a thrilling experience. I've played different venues all over the world, […]