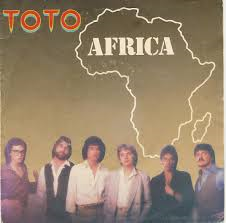 Shortly after it aired on Tuesday morning, CBS began to receive comments about what viewers said was an inappropriate use of Toto’s hit Africa during the memorial service for Nelson Mandela. On Wednesday, Toto keyboard player and frequent “Lost 45s” guest David Paich released a statement with his own condemnation of the network’s choice of music.
“CBS This Morning utilized “Africa” as the audio bed for a segment they aired this morning. As the co-writer of the song, if I had been asked for sync approval, the answer would have been a decline with a recommendation they honour the musicians of South Africa setting their sights on indigenous repertoire. This is an important day and both I and Toto have always held a commitment towards supporting initiatives that benefit the populace of South Africa, the continent of Africa and the entire Southern Hemisphere. We honour Nelson Mandela and will continue to support initiatives he committed his life towards.”

Following the huge success of his recent sold out tour and album 'This Is What I Do' and hot on the heels of his single 'King Of Everything' Boy George, is set to release his second single 'My God' on 26th January 2014, and follow that up with a new UK tour in March. Boy George tickets go on sale on Friday December 20th at 9am via www.livenation.co.uk, www.ticketmaster.co.uk or www.gigsinscotland.com for Edinburgh.