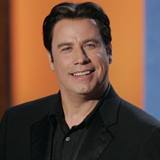 John Travolta is reportedly planning to release an album inspired by Elvis Presley. The 59-year-old actor is also a keen musician with over ten records under his belt. His last was a collaboration with his “Grease” co-star Olivia Newton-John called “This Christmas,” which hit stores in 2012. “He has been hitting up some of LA’s best producers and songwriters for material. This is his plan to stay relevant,” an insider told National Enquirer. Further details of the plan remain unknown and at the moment no release date has been mooted.

The Eurythmics will be doing it for The Beatles and for the CBS/Grammy special "The Night That Changed America: A Grammy Salute to the Beatles." on February 9th. Annie Lennox and Dave Stewart will reunite as Eurythmics for the one-night only event. The program will commemorate the 50th anniversary of one of the most historic moments in music and television. Featuring today's top artists covering songs performed by the Fab Four that momentous evening in 1964 and other Beatles classics […]