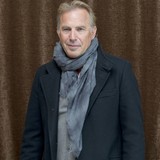 Kevin Costner talked his way through the sorrow of Whitney Houston’s death. The singer died at the age of 48 on February 11, 2012, and Kevin took the anniversary of her demise as an opportunity to speak about his friend during an interview on The Ellen DeGeneres Show. Kevin, who starred with Whitney in hit 1992 film “The Bodyguard,” can still vividly remember when he heard news of her death.
‘You know my son was actually having his birthday party and someone came up and told me,’ he recalled. ‘My friend was videotaping the party and I said come down to the back of the house and I don’t know why I did this I said just put the camera on and I started talking to him about her. And then I was done, I was literally done. I talked about her for 10/15 minutes.’
Although Kevin expressed how he felt about Whitney in private, in the days after her death, he didn’t speak out publicly.
The 59-year-old admitted at the time he wasn’t clear on the best action to take. ‘The world started talking about her for five or six days on all the different talk shows as you can imagine. And then there was this steady drumbeat, ‘where’s Kevin?’ and finally it got to that uncomfortable thing, do I need to go out there and say something and I didn’t,’ he explained.
However when he received a call from Dionne Warwick asking him to speak at Whitney’s funeral, he knew it was what he needed to do. After Ellen showed a clip of his speech, she asked if it was still hard for him to speak about Whitney.
‘Where did she go? Where did she go? She was our little songbird,’ he replied thoughtfully.

Queen's 1981 "Greatest Hits" album has surpassed another milestone as the biggest selling album in British music history. It is has just passed the six million sales mark. Brian May told the Official Charts Company "Queen's Greatest Hits which was released in 1981 has passed the 6 million mark in sales, which is incredible. I just want to say thanks to everyone who has supported us through the years, we hope to continue to serve you." ABBA's "Greatest Hits" trails […]