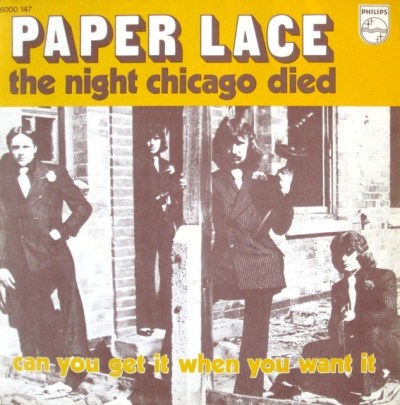 Peter Callander, a British songwriter who provided lyrics for some of your favorite “Lost 45s” of the 60s and 70s like “The Night Chicago Died” and “Billy, Don’t Be a Hero,” died on Feb. 25 in Haresfield, Middlesex, England. He was 74. The cause was a heart attack, his wife, Connie, said.
His songs were recorded by singers like Tom Jones, Cliff Richard and Cilla Black. Wayne Newton reached No. 4 on the Billboard singles chart in 1972 with his recording of “Daddy Don’t You Walk So Fast,” which Mr. Callander wrote with Geoff Stephens. Mr. Callander collaborated most successfully with Mitch Murray. Among their hits was “Billy, Don’t Be a Hero,” which Bo Donaldson and the Heywoods took to No. 1 on the Billboard chart in 1974. Although Mr. Callander and Mr. Murray were both British, some of their most successful songs were American gangster narratives despite their limited knowledge of the subject.
Georgie Fame’s version of their song “The Ballad of Bonnie and Clyde,” inspired by the 1967 film, reached No. 7 on the Billboard chart in 1968. “The Night Chicago Died,” another Murray-Callander number recorded by the British band Paper Lace, reached No. 1 in the United States in 1974.
Peter Callander was born in Hampshire, England, on Oct. 10, 1939. He entered the music industry after leaving the City of London School in 1957. Mr. Callander lived in Farnham Common, Buckinghamshire.

Susan Sarandon had a relationship with David Bowie, it has been revealed. The "Thelma and Louise" actress is best known for her 21-year relationship with fellow actor Tim Robbins, which ended in 2009. But according to the latest revelation, five years before they got together Susan and David had a fling while filming the 1983 vampire flick "The Hunger." The affair was accidentally exposed by Susan's co-star in the upcoming film "Tammy" - Melissa McCarthy. "Melissa totally let the cat […]