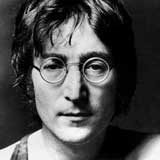 A letter written by John Lennon to Phil Spector in the early 70′s has sold at auction for $88,000. Lennon was working with Spector at Capitol Studios at the time along with Who drummer Keith Moon and singer/songwriter Harry Nilsson. From the text of the letter, it is evident that Moon and Nilsson were doing some hellraising while working in the facility and Lennon was not happy with the situation, especially with the fact that Capitol had threatened to throw all three musicians out. The letter was titled ‘A Matter of Pee.’ Lennon eventually gave the letter to guitarist Jesse Ed Davis who played on the albums “Walls and Bridges” and “Rock and Roll.”
Louise Cooper of Cooper Owen Music Media Auctions said ‘This price reflects the fact that it has never been on the market before and refers to so many famous people of the time. Clearly John Lennon was blaming Keith and Harry for urinating on the console, and he also announces that he is about to leave the record company.’
The text of the letter read:
A Matter of PEE
Phil:
See ye around 12:30! Should you not yet know, it was Harry and Keith who pissed on the console! We left at 11:30..
Jerry now wants to evict us or that’s what Capitol tells us, anyway. Tell him to bill Capitol for the damage if any? I can’t be expected to mind adult rock stars nor can May. Besides, she works for me, not A&M! I’m about to piss off to Record Plant because of this crap!
John