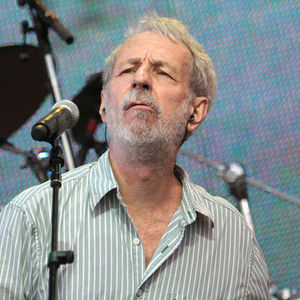 TORONTO (AP) — Jesse Winchester, a U.S.-born singer who established himself in Montreal after dodging the Vietnam War and went on to write songs covered by the likes of Elvis Costello, Jimmy Buffett and Joan Baez has died of cancer. He was 69. His death was announced on his official Facebook page Friday.
“Friends, our sweet Jesse died peacefully in his sleep this morning,” the update reads. “Bless his loving heart.” Winchester was born in Louisiana and raised around the U.S. South, but he didn’t begin his music career in earnest until moving to Quebec in 1967. There, he began performing solo in coffee houses around Montreal and the Canadian East Coast. Winchester was a protege of the Band’s Robbie Robertson, who produced and played guitar on Winchester’s self-titled debut album and brought Band-mate Levon Helm along to play drums and mandolin.
Winchester’s second album, 1972’s “Third Down, 110 to Go” featured tracks produced by Todd Rundgren. He continued to release material at a steady clip until 1981’s “Talk Memphis,” after which he took a seven-year break from recording. That album, however, contained Winchester’s biggest U.S. hit, “Say What.”
Although large-scale mainstream success eluded Winchester, his songs were covered by an array of musicians including Elvis Costello, Anne Murray, Wynona Judd, Emmylou Harris, the Everly Brothers, Jimmy Buffett and Joan Baez.
After living in Canada for decades, Winchester moved back to the U.S. early last decade. He died at his home in Charlottesville, Virginia. Winchester was nominated for three Juno Awards, including country male vocalist of the year in 1990 and, most recently, best roots and traditional album for “Gentleman of Leisure” in 2000.
In September 2012, artists including James Taylor, Lucinda Williams, Vince Gill and Jimmy Buffett performed covers of Winchester’s tunes for a tribute album called “Quiet About It.” Winchester reportedly recorded a final album called “A Reasonable Amount of Trouble,” due out this summer.