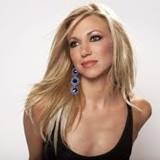 Debbie Gibson hasn’t been well for over a year yet it is only recently that she found out why. Gibson took to her webpage on Wednesday to write about her long fight with sickness, weight loss and other physical problems that had her at the end of her ropes. She first noticed changes in early 2013, especially with feelings of anxiousness and bad food sensitivities. That was followed with nerve pain, muscle fatigue and a debilitating bad back.
Because of her hectic schedule, it was hard for Gibson to work with any one physician for a long period of time, so she spent much of her time getting short term cures including regimens of antibiotics that would give her temporary relief but not anything permanent.
Debbie would constantly try to eat a high fat/high protein diet to try and gain back weight on what was becoming a skeletal frame but the constant regiment started taking a toll on her gall bladder. Her health continued to deteriorate to the point where she was dehydrated, had migraines and started to notice problems in her normal mental abilities.
Finally, Gibson found a doctor who would put all the pieces together and test the singer for Lyme Disease. When everything came back positive, Debbie finally had a course for getting back to health. While she is still not back to full health, it is hoped that the course of medication has wiped out the disease that had devastated her body for over a year.

The satire website Nerd News may be in hot water over a fake news story. Numerous sites around the web publish satirical news, The Onion being the best known, that can occasionally be treated as a serious story if taken out of context or the reader is unaware. Such is the case of a Nerd News story on Aretha Franklin and Patti Labelle getting into a fistfight. The fake story said Labelle had been arrested and charged with assault and […]