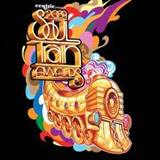 The man who brought the music of Journey, Def Leppard, Foreigner and more to the Broadway stage with “Rock of Ages” has his eyes on the music that made “Soul Train” great. Matthew Weaver has acquired the theatrical stage rights to the TV show from Soul Train Holdings LLC whose chairman, Earvin ‘Magic’ Johnson, said ‘Soul Train has made a significant impact on American music and pop culture and its legacy and appeal continue to resonate around the world. Creating a live theatrical interpretation of this iconic franchise is an opportunity that could not be missed. We are so happy to have found the perfect producer for Soul Train in Matthew Weaver, who shepherded Rock of Ages from infancy to an international smash hit.’
Weaver said ‘Don Cornelius created a television show that became a cornerstone in American culture and I am excited and honored to be bringing it to the stage. We are putting together a top notch team of artists to ensure Soul Train is the hippest trip on Broadway. We want to thrill the audiences who loved the TV show and introduce the incredible music and style of Soul Train to a new generation.’
“Soul Train debuted” on Chicago’s WCIU in 1970 featuring artists like the Chi-Lites and Jerry Butler. A little over a year later, it went national and, by the time it left the air in 2006, was the longest running syndicated show in TV history airing over 1,100 episodes.

Music icon Glen Campbell has been moved into an Alzheimer's care facility. Campbell, 78, announced that he was suffering from Alzheimer's Disease in 2011 and, since that time, has recorded a final album ("Ghost in the Canvas") and mounted a farewell tour. A second album, "See You There," was also assembled from the sessions for Canvas. A family spokesperson told People "He was moved to an Alzhemier's facility last week. I'm not sure what the permanent plan is for him […]