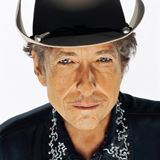 Bob Dylan is apparently working on an album of Frank Sinatra covers and has teased fans with the release of one song on his official website. Fans visiting bobdylan.com at the moment are being treated to the song ‘Full Moon & Empty Hearts’.
Dylan also posted an image of himself in what looks like a vintage album cover with the title ‘Shadows In The Night’, a play on Sinatra’s ‘Strangers in the Night’. The song was written in 1944 by Buddy Kaye and Ted Mossman and based on Rachmaninoff’s Piano Concerto No. 2.
Sinatra recorded the song in 1945 and had the most successful version of the track. Other recordings: Erroll Garner Trio (Instr.)-1946, Eddie Fisher-1955, Donna Brooks-1956, Robert Goulet-1961, Sarah Vaughan-1963, Jerry Vale-1964

Tina Turner is part of the spiritual supergroup Beyond, performing Hindu prayers and traditional Indian music with Swiss soprano Regula Curti, Swiss Tibetan singer Dechen Shak-Dagsay and classical Indian singer Sawani Shende-Sathaye. Recluse Tina retired from the music industry after her 1999 album 'Twenty Four Seven'. The 74-year old superstar became a Buddhist in the mid 1970s and now calls herself a Buddhist-Baptist. Beyond gave her a reason to go back to the studio. 'Personally it's something I'm very proud […]