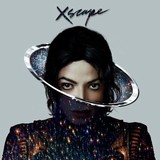 Michael Jackson gave a posthumous performance at the Billboard Music Awards. The late star’s hologram appeared on stage at the MGM Grand Garden Arena in Las Vegas Sunday night, shortly after the May 13 release of his album, Xscape.
The hologram performed “A Slave to the Rhythm” from the chart-topping record, which features eight songs and guest vocals by Justin Timberlake. Billboard Music Awards executive producer Larry Klein told The Hollywood Reporter the show was ‘one of the most amazing things I’ve ever seen’.
Fans meanwhile gave mixed feelings about the history-making performance. Some called it ‘amazing’ and ‘electrifying’. Others, however, simply wrote it off as ‘creepy’. According to THR, the show was kept quiet before the release of Xscape.
Timbaland, who executive produced the record, recently spoke out about the difficult process of working on the late star’s songs. ‘I forgot about Michael for a moment,’ he told MTV News earlier this month. ‘And then when I kept hearing his voice, it was like, I’m doing Michael Jackson. It got emotional. I had to tell my engineer to stop – we gotta go to something else. It took about a week process to really grasp what I’m doing. And once I grasped what I’m doing, I had to call my mom for prayer like, I need some help, I need some guidance on this, ’cause this is hard.’

Bob Dylan is apparently working on an album of Frank Sinatra covers and has teased fans with the release of one song on his official website. Fans visiting bobdylan.com at the moment are being treated to the song 'Full Moon & Empty Hearts'. Dylan also posted an image of himself in what looks like a vintage album cover with the title 'Shadows In The Night', a play on Sinatra's 'Strangers in the Night'. The song was written in 1944 by […]