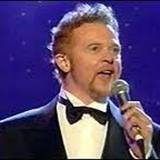 Simply Red, fronted throughout their twenty-year plus recording career by Mick Hucknall, are roundly, impressively celebrated via a set of five CD and Blu-Ray/DVD releases on the Edsel Records’ label.
They comprise Home (original release 2003, now a 3CD + DVD set), Simplified (2005, now 2CD + DVD), Stay (2007, now 2CD + DVD), Home Live In Sicily (2003, now Blu-Ray + DVD + 2CD), and Cuba! (2005, now Blu-Ray + DVD + 2CD).
Mick Hucknall addressed the changing music business of the early twenty-first century by taking the bold step of setting up his own record imprint, simplyred.com ltd, having parted company with Warner Brothers, his long-time recording label, back in 1999.
Such a move granted Hucknall a much-prized autonomy and freedom of expression, and the first release from the new label was the album Home, which was not only a huge commercial success, but also found his muse refreshed and reinvigorated, yielding hit singles in the shape of Sunrise (which memorably incorporated a sample from the Hall & Oates classic I Can’t Go For That), as well as Fake, and the sterling reworking of The Stylistics’ soft-soul opus, You Make Me Feel Brand New.
The Edsel CD reissue of Home comes with seven radio edits of tracks in addition to the original eleven-song album, plus a whole CD of remixes, and a further CD of an in-concert performance, Live At Ronnie Scott’s, which has Hucknall and Simply Red in the intimate surroundings of the famous Soho niterie. The release is also further enriched by way of a DVD featuring a revealing interview with Mick Hucknall and DJ Mark Goodier filmed in March 2014, bespoke promo videos, two contemporary BBC TV performances and other bonus features, and new sleevenotes, all housed in a casebound book package that accords true justice to the excellent music contained within.
Simplified, the second of this weighty tranche of ‘Red recordings, sees Mick revisit high points from his hit-laden songbook. However, Hucknall invests these new recordings with frequently radically different arrangements, shining new light on such classics as Fairground, a majestic, heavily Latinate re-imagining of Something Got Me Started, and a cinematic, sweepingly orchestrated version of the Leon Russell authored ballad, A Song For You, which features one of Hucknall’s definitive, soul-soaked vocal performances. Once more, the original twelve-track album is enhanced and augmented with a disc of remixes, six tracks recorded live in Cuba, as well as the bonus DVD with more interview footage, BBC TV performances and promo videos.
With the 2007 release, Stay, Hucknall bade farewell to the Simply Red name, but, valedictory release or not, this is an album that celebrates brilliantly the multi-faceted nature of Hucknall’s talent and the time-honoured Simply Red sound. As well as signature dance-floor orientated grooves such as The World And You Tonight, there are some unexpected left turns such as the smouldering, bluesy Good Times Have Done Me Wrong, and a heartfelt, wonderfully soulful reading of the Ronnie Lane / Faces ballad, Debris, a pre-echo perhaps of his future role as lead vocalist in the reformed Faces. There are further discs of remixes, DVD interviews, promo videos, TV performances and much more ‘ if this was to be the last Simply Red album, than Hucknall bids the brand goodbye in five-star form.
Completing the rich harvest of latter-day Simply Red recordings are two in-concert performances ‘ Home Live In Sicily and Cuba! Originally filmed in HD, both sets feature the concerts on Blu-Ray for the first time, as well as on DVD and on two CDs. The shows offer up contrasting locales but the constant is some sublime music led by an engaging, entertaining front man who soaks up the energy from the crowd and relays that back through an array of typically impassioned and electrifying vocal performances. Both casebound book sets feature bonus documentaries about the filming of the concerts, plus other features.
Mick Hucknall now records under his own name, but with Simply Red he created a remarkable and enduring body of work. This motherlode of magisterial music celebrates and adds lustre to the Simply Red catalogue of recent recordings and stage performances. Music with such a high quality threshold deserves to be accorded due respect; these Edsel label releases do that ‘ and much more besides.

Gene Simmons thinks the secret to longevity is gratitude. The iconic Kiss member is well known for his black and white face paint, and exceptionally long tongue, but it's his attitude that has kept his career fresh for the past four decades. This year marks the 40th anniversary of Kiss, who although formed in 1973, didn't put their debut album out until a year later. To celebrate, the band have released Kiss 40, a compilation of their most memorable songs […]