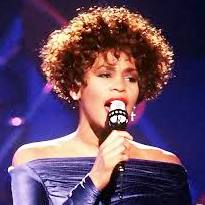 Angela Bassett is ‘beyond excited’ to direct a forthcoming Whitney Houston biography. The “I Will Always Love You” singer perished in her room at The Beverly Hilton hotel in 2012. Television network Lifetime is creating a movie on Whitney’s life with ex-husband Bobby Brown and Angela has expressed her sentiments on being appointed the film’s director.
“I have such regard for both Whitney’s and Bobby’s amazing talents and accomplishments; and I feel a responsibility in the telling of their story,” Academy Award-nominated actress Angela told E! Online in a statement. “Their humanity and bond fascinates us all. I’m beyond excited to have this opportunity to go behind the camera and into their world.”
The movie’s working title is “Whitney Houston” and the plot will centre on the iconic singer’s relationship with Bobby, from their initial courtship to the very end of their marriage. Larry Sanitsky will executive produce the feature, which is being adapted for the screen from a script written by Shem Bitterman. Angela, Larry and Shem have worked together before in Lifetime film Betty and Corretta. The actress starred in the historical feature opposite Mary J. Blige. Whitney Houston the film is slated to premiere in 2015.