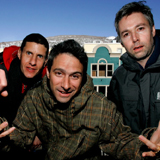 Michael Diamond (Mike D) of the Beastie Boys has testified in a New York courtroom that he and bandmate Adam Horovitz (Ad-Rock) promised the late Adam Yauch (MCA) that they would not make new music without him. The surviving members of the group were in Manhattan Federal Court on Friday testifying in their lawsuit against Monster Energy Drink for using a Beastie Boys song without their permission. They have stated that they have never been interested in licensing their music for commercial use, including testimony that they also turned Arnold Schwarzenegger down who wanted to use their song “Sabotage” in his movie of the same name.
The real revelation, though, was that the Beastie Boys would never put out new music with Yauch. Diamond told the court “We have not been able to tour since MCA, Adam Yauch, died. We can’t make new music.” Mike D went on to say that they told Yauch, before he died, that they would never make any music without him.
The Beastie Boys recorded eight studio albums over 25 years starting with the classic, Licensed to Ill (1986). Their final album was Hot Sauce Committee, Part Two (2011). Adam Yauch died on May 4, 2012 from cancer.

Phil Collins came out of retirement briefly this week to perform at his son's school concert. Collins' sons attend the Miami Country Day School in Florida. Phil got up on stage to perform his classics 'In The Air Tonight' and 'Land Of Confusion with the school band, lead by Mr. Winters. It was Phil Collins' first public performance since 2010. 'I was here yesterday and we did a sound check and rehearsal,' Phil told the parents. 'I was here yesterday […]