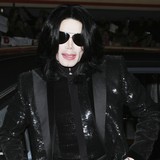 Michael Jackson’s bodyguards say he was ‘certainly eccentric’. Security professionals Javon Beard and Bill Whitfield were hired to protect the King of Pop two and a half years before his June 2009 death. And according to the guards, Michael often spent his estimated $263 million fortune on bizarre items.
‘He was certainly eccentric ,’ Bill, a former policeman and security veteran, told British newspaper The Mirror. ‘He would go into a store and buy everything. When we stayed in hotels he would buy thousands of books. At one point, he bought a whole bookstore.’
Michael left behind three children, including daughter Paris, 16, and sons Prince, 17, and Blanket, 12. And Bill was deeply moved by how close he was with his kids. “We worked for Mr. Jackson. We didn’t work for the King of Pop,” he recalled. “We got to see him as a man and a father. It was so good to see the side of him which was so in tune as a parent, from helping them with their homework and making sure they were eating right, to putting them to bed.”
Apparently Michael’s brood wasn’t exposed to his media image at all while they were in his care. “He didn’t have any internet in the house. The kids couldn’t watch regular TV, so they never saw how he was portrayed,” Javon said.
Michael died at the age of 50 of a propofol overdose and Conrad Murray served time in jail for manslaughter after the courts found he was guilty of administering a fatal dose of the anaesthetic to the musician.

On 7th July Gary Numan presents new single 'I Am Dust' ' the opening track from his lauded album 'Splinter (Songs From A Broken Mind)', which marked a deserved return to the top-rank of worldwide musical stardom. 'I Am Dust''s grinding, apocalyptic, electro gives way to a gigantic chorus, all of which is sonically and musically streets ahead, highlighting Numan's renewed mojo for fresh, exciting songs and breaking new sonic ground. The 'I Am Dust' digital bungle will include Gary's […]