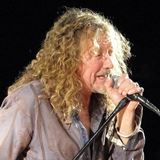 Led Zeppelin 1, 2 and 3 reissues have sold more in the first week than anticipated. There were high expectations for the deluxe rereleases of Led Zeppelin I, II and III with predictions changing all week from all three making the top ten to the final take that said two of three would make it.
In the end, all three made it and they did it in release order with I coming in at number 7, II at 9 and III at 10. These successes bode well for the still unscheduled second wave of albums which will include what has become their most popular album, Led Zeppelin IV (aka Zoso) which includes such classics as “Black Dog”, “Rock and Roll,” “When the Levee Breaks” and “Stairway to Heaven.”

Michael Jackson's bodyguards say he was 'certainly eccentric'. Security professionals Javon Beard and Bill Whitfield were hired to protect the King of Pop two and a half years before his June 2009 death. And according to the guards, Michael often spent his estimated $263 million fortune on bizarre items. 'He was certainly eccentric ,' Bill, a former policeman and security veteran, told British newspaper The Mirror. 'He would go into a store and buy everything. When we stayed in hotels […]