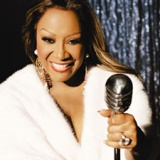 Patti LaBelle is giving the vocal chords a rest while she take on a role in the upcoming FX show “American Horror Story: Freak Show.”
The fourth edition of the American Horror Story franchise is the story of one of the last freak shows in the United States during the 1950’s. LaBelle is set to portray a local resident who starts to learn the deep secrets of the show. Patti is scheduled for a four episode stint.
This edition also stars Jessica Lange, Angela Bassett, Kathy Bates, Sarah Paulson, Francis Conroy, Gabourey Sidibe, Evan Peters, Michael Chiklis and Wes Bentley. The new season starts in October.
Patti LaBelle’s musical career now covers 52 years starting with her 1962 hit I Sold My Heart to the Junkman (#15 Pop / #13 R&B) with her group the BlueBells. She has hit the top of the U.S. charts twice with the group LaBelle’s Lady Marmalade (1974 / #1 Pop / #1 R&B) and in her duet with Michael McDonald, On My Own (1986 / #1 Pop / #1 R&B).