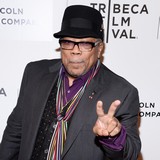 Quincy Jones has shared what he believes is the ‘key to accomplishment’. The famed music producer, who has worked with the likes of Michael Jackson, Frank Sinatra and Ray Charles, has enjoyed success for decades.
And in a Facebook post on Sunday, the industry icon, 81, offered a few words of advice to those trying to make it big. ‘To all of my beautiful friends,’ he wrote. ‘When pursuing your dreams, the key to accomplishment is remembering to keep humility with your creativity, and grace with your success. Happy Sunday!’
The note comes after Quincy was named last year as the recipient of the Rock and Roll Hall of Fame’s Ahmet Ertegun Award for Lifetime Achievement honour, named after the institution’s co-founder.
Quincy said at the time he was ‘puzzled’ to receive the prize, initially called the Non-Performer Award, as it is given to luminaries who work behind the scenes. “I’m puzzled that it’s a non-performing honour. I’ve been performing for 60 years. But it doesn’t matter, it’s all good,’ he told USA Today.
The award announcement preceded a hurdle for Quincy, who sued Michael Jackson’s estate just months later, according to TMZ.
The outlet reported last October Quincy filed legal documents against Sony and Michael Jackson Productions alleging he is owed $10 million for the use of tracks from the late singer’s solo albums “Off the Wall,” “Thriller” and “Bad,” all of which he produced.
He reportedly accuses the firms of scheming to remix the original tracks before using them in the 25th Anniversary of the “Bad” album, the “This Is It” movie and a Cirque du Soleil show choreographed around Michael’s music. A spokesperson for the Michael Jackson estate has denied the allegations.

Duran Duran are back in the studio working on new music with Nile Rodgers. Rodgers produced the Duran Duran hits 'The Reflex' and 'The Wild Boys' as well as the 'Notorious' album of 1986. He also worked partially on Duran Duran's 2004 comeback album 'Astronaut'. Nile Rodgers met Duran Duran through Michael Hutchence after he had worked with INXS on 'The Original Sin'.'We went from The States to England to Australia and the Australian act is what made us really […]