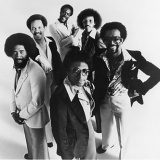 It’s a ploy that has been used for ages by former band members. Perform under the name of their former group and add their name so there is no confusion. Except, for the general public, there usually is.
That’s what former Commodores member Thomas McClary has been doing as he performs under the name “The Commodores Featuring Thomas McClary” and the original group is not happy. They have filed a suit alleging false advertising and trademark infringement for using the Commodores name.
McClary and Lionel Richie formed the band The Mystics while they both attended Tuskegee University in Alabama. The group merged with another, The Jays, to form the Commodores in the late 60’s and the band signed with Motown in 1972. While with the group, he was a co-writer on such hits as “Brickhouse” and “Too Hot Ta Trot.”
In 1984, McClary left the group but stayed with Motown for a solo album. Two years later, he moved to Florida, formed a gospel record and became active in his church as music director. Earlier this year, McClary formed his own version of the Commodores but it didn’t go unnoticed by his former band. Their lawsuit seeks monetary damages and an injunction to stop McClary from using the band’s name.

Alice Cooper was embarrassed he beat Led Zeppelin and Paul McCartney to the top of the charts. The American entertainer is instantly recognizable by his long black hair and heavy eye make-up. He's been working in music since the '60s, and has released more than 25 albums. When he first got to number one in the charts though, Alice recalls how inferior he felt compared to his idols. "In this business it's important to be competitive. We went from being […]