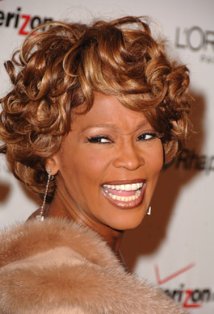 Clive Davis thinks the music industry has suffered tremendously since Whitney Houston’s death. The beloved singer passed away in February 2012 at the age of 48, and legendary music mogul Clive is currently promoting her new posthumous album, entitled “Whitney Houston Live: Her Greatest Performances.”
Clive has been involved in the music scene for five decades and the 82-year-old is convinced listeners have been missing out on a distinct kind of performance since the “I Will Always Love You” Singer’s tragic passing.
‘When I look at award shows today with 100 people on stage because dancers are so prominent today, you really miss that solo spotlight that Whitney had when she would come on stage,’ he explained to British newspaper The Daily Mail, noting that some exceptions exist.
‘There are very few old timers. There’s Aretha Franklin, Barbra Streisand and Whitney Houston. As far as the voice, I think Adele has a great voice and I look very much forward to her new album. Jennifer Hudson has a magnificent voice and she is a big fan of Whitney.’
Whitney is survived by her daughter with Bobby Brown, Bobbi Kristina, and her gospel singer mother, Cissy Houston. And Clive appreciates the way her loved ones have reacted to the new LP’s release.
‘I could not acted without the full support of her family and they could not have been more supportive or praiseworthy of our relationship and they’ve all turned to me,’ he said. ‘Cissy [Whitney’s mother] certainly knew how much I loved Whitney and I am dealing with Cissy right now as she is the background singer on the Aretha Franklin album that is just coming out.’ “Whitney Houston Live: Her Greatest Performances” is officially released on November 10.

Bryan Adams couldn't get a job when he was a teenager because of his long hair. The 54-year-old singer has a new album of cover versions out, called "Tracks of My Years." The cover boasts a photograph of the star when he was growing up, and Bryan is seen with a full head of wavy hair which falls past his shoulders. 'Yes, that's me wanting to be in a rock band when I was 15,' he laughed to Chicago Sun-Times. […]