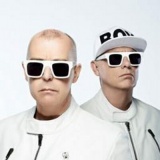 The Pet Shop Boys have come out the winner of a new BBC poll to name the greatest cover version of all time.
Covers have been a long tradition in popular music. During the 60’s, it wasn’t unusual to find covers of some of the biggest hits of the day on albums by the very biggest artists. That isn’t the case with the top songs in the new poll. None were album “fillers”.
Topping the list is the Pet Shop Boys’ take on Willie Nelson’s “Always on My Mind.” Although Nelson has the best known version of the song, many artists recorded it before him including Elvis Presley and it was a TV special in 1987 marking the tenth anniversary of Presley’s death that saw the Pet Shop Boys first perform the cover. The performance was so well received that they decided to record the song and release it as a single.
At number 2 is Johnny Cash’s take on Nine Inch Nails painful Hurt. Cash’s version was recorded for his American IV: The Man Comes Around album and the video has gone on to become one of the most honored of all time, winning a Grammy and a CMA Award and being named the greatest video of all time by NME.
A surprise turns up at number 3, the Stranglers cover of the Burt Bacharach and Hal David song Walk on By. The punk rock version went to number 21 on the British charts.
Here’s the top twenty from the list with original artists:
Always on My Mind – Pet Shop Boys (Willie Nelson, Elvis Presley)
Hurt – Johnny Cash (Nine Inch Nails)
Walk on By – Stranglers (Dionne Warwick)
All Along the Watchtower – Jimi Hendrix Experience (Bob Dylan)
Hallelujah – Jeff Buckley (Leonard Cohen)
Tainted Love – Soft Cell (Gloria Jones)
With a Little Help From My Friends – Joe Cocker (Beatles)
Nothing Compares 2 U – Sinead O’Connor (Prince)
Feeling Good – Muse (Nina Simone)
I Will Always Love You – Whitney Houston (Dolly Parton)
I Heard It Through the Grapevine – Marvin Gaye (Gladys Knight & the Pips)
Make You Feel My Love – Adele (Bob Dylan)
Song to the Siren – This Mortal Coil (Tim Buckley)
I Fought the Law – Clash (Bobby Fuller Four)
Wuthering Heights – China Drum (Kate Bush)
The Man Who Sold the World – Nirvana (David Bowie)
Respect – Aretha Franklin (Otis Redding)
Songbird – Eva Cassidy (Fleetwood Mac)
Run – Leona Lewis (Snow Patrol)
When the Levee Breaks – Led Zeppelin (Kansas Joe McCoy and Memphis Minnie)

Vivek Tiwary, the producer of the upcoming biopic about Beatles manager Brian Epstein, has talked about Epstein's rise success as a young gay, Jew in a British working class town and how the pressure of that success finally killed him. Tiwary's book 'The Fifth Beatle' was released in 2013 and will soon me released as a movie. The real story of Brian Epstein is about a gay English Jew in the 1960s'. Tiwary has been working on the project for […]