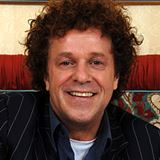 Billboard caught up with 2014 Touring Awards' Legend of Live honoree Lionel Richie, who shed light on some of the most memorable moments of his legendary career, like acquainting with Michael Jackson's pet snake while writing 'We Are the World' and his "unlikely" friendship with Frank Sinatra. Nodding to legends in other genres, in response to the question 'What's the loudest, most raucous music you enjoy?' Richie answered "Metallica. They play their asses off. It's sophisticated loudness. And Foo Fighters […]