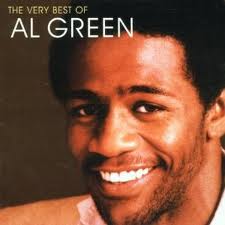 Sunday night was the annual Kennedy Center Honors in Washington, DC which saluted actor Tom Hanks, actress Lily Tomlin, ballet dancer Patricia McBride and musicians Al Green and Sting.
The honors were created by George Stevens, Jr. and have been presented annually since 1978 but this will be the last under his guidance. According to Roger Friedman at Showbiz411.com, Stevens announced prior to the show that he had been removed from the show by the new management of the Kennedy Center and that this was his last show.
Comedian Steven Colbert hosted the evening with President Obama and wife Michelle in the audience. Al Green was the first to be honored.
Green was followed by the salutes to Patricia McBride, Tom Hanks and Lily Tomlin (which included comments from former co-star Reba McEntire) before the evening ended with Sting.
Meryl Streep honored the singer, talking of his constant striving for something new. ‘He’s still unsatisfied.thinking ‘what’s next? What’s left to discover? In his search for his own truth, he whispers directly into our hearts.’
Sting was surprised during the last number when the cast of his Broadway show joined Mars on stage during the final number. They had taken a bus from New York which left immediately after their Sunday afternoon matinee. The Kennedy Center Honors will be broadcast on CBS on December 30.

Dolly Parton would die performing 'anyone's song' as long as she was happy. The 68-year-old country musician released her 42nd album called Blue Smoke this year, and it has been one of her most commercially successful ' particularly in the UK. She shows no signs of slowing down just yet, with Dolly reiterating her belief that passing away on stage would be the best way to go. 'I just always loved to work. Even when people think, 'Oh well she's […]