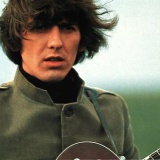 The Recording Academy has released it’s list of special award winners for this year’s ceremonies in February. Receiving the Lifetime Achievement Award are the Bee Gees, Pierre Boulez, Buddy Guy, George Harrison, Flaco Jimenez, The Louvin Brothers and Wayne Shorter. The Lifetime Achievement Award honors performers who have made contributions of outstanding artistic significance to the field of recording.
The Trustees Award goes to Richard Perry, Barry Mann and Cynthia Weil and George Wein. The Trustees Award is the equivalent of the Lifetime Achievement except it recognizes such contributions in areas other than performance.
The Technical Grammy will go to Ray Kurzweil, the man who developed the first electronic instrument to realistically create the musical response of real instruments.
Each honoree will be recognized at a special ceremony on Saturday, February 7 and acknowledged at the Grammy ceremony the next night.
‘This year we pay tribute to exceptional creators who have made prolific contributions to our culture and history,’ said Recording Academy President/CEO Neil Portnow. ‘It is an honor and a privilege to recognize such a diverse group of talented trailblazers, whose incomparable bodies of work and timeless legacies will continue to be celebrated for generations to come.’

Stevie Wonder has welcomed his ninth child. The 64-year-old music icon now shares two children with his girlfriend Tomeeka Robyn Bracy, who gave birth to a baby girl. His representative confirmed that Stevie's new daughter is named Nia, however her birthdate wasn't specified. Nia's moniker means purpose, 'one of the seven principles of Kwanzaa', the spokesperson told Us Weekly. Kwanzaa is a weeklong celebration of African heritage, which begins December 26 and ends January 1 annually. Stevie revealed Tomeeka was […]