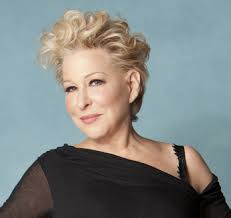 Bette Midler’s parents were “horrified” when she shared her showbiz dream with them.The 69-year-old actress is one of Hollywood’s and music’s biggest names, starring in dozens of films as well as having many albums to her name. She grew up in a Jewish household, with seamstress mother Ruth and her father Fred being in the navy as well as a housepainter. When she first revealed her fame aspiration, Bette’s parents were wary.
“They were horrified when I announced I wanted to go into show business. My mother thought it was a fantastic idea but she was afraid for me. My father thought it was horrible and insane. He loved me but, until the day he died, I think he thought it was a total waste of time, that I should have been a teacher or a nurse or something like that,” she told The Jewish Chronicle.
“When people are really poor – and we were really poor – you ask, ‘What can I do to get myself out of this situation?’ I had tried other things. I went to college, I had a job at a radio station, but I couldn’t really follow instructions, although I could give orders. So I had to make my own way. I was completely fearless because I was young and had the self-belief and energy to make it happen.”
Luckily her dream came true and Bette has several Golden Globes and Grammys to her name. Her latest album It’s the Girls! is going down well with fans and the star is glad she got into music when she did, admitting the thought of starting out today scares her.
“I wouldn’t even want to hazard it. The music business is so treacherous and crowded,” she sighed. “There’s people who can barely sing, but that doesn’t stop them. I was listening to one today – who shall remain nameless – and I thought, ‘How does she have the balls to open her mouth?’ It defies belief. I know I sound ancient, but who gives a sh*t? Now I’m old, I can say anything I damn well please.”

Dolly Parton heals fast after heartbreak. The famous singer has been an icon in the music industry since the late 60s, breaking the charts with tracks such as "9 to 5" and "Jolene." She has had many male admirers over the years but has been married to her husband Carl Thomas Dean since before she entered the limelight, with the couple celebrating their 45th anniversary in 2011. Asked how she would get over a broken heart, Dolly shared her advice […]