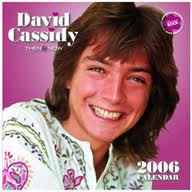 David Cassidy has had a $150,964.84 windfall from a court case. TMZ is reporting that Cassidy won the lawsuit against Sony over the use of his image on Partridge Family merchandise.
Cassidy filed the lawsuit in October 2011 saying that he hadn’t been paid for all the merchandise marketed by Sony for the TV show. According to the suit ‘For nearly 40 years, defendants have swindled Mr. Cassidy out of his rightful share of the profits from The Partridge Family, and when Mr. Cassidy has inquired as to the matter, have lied to him so as to continue to conceal their deception.
‘Mr. Cassidy has reason to believe, and does reasonably believe, that defendants have been perpetrating a scam’ and ‘will continue to go to any and all lengths necessary, no matter how despicable, to avoid upholding.’
Cassidy was looking for over one million dollars.
In July 2012, Cassidy was denied a jury trial in the case with a judge citing an arbitration clause in the actor’s original 1971 contract. That arbitrator finally ruled on the case, awarding Cassidy $157,964.84.
According to TMZ, Cassidy has asked the court to confirm the amount and requested that $57,943.06 be added in arbitration fees and $35,824.82 in interest.

Bette Midler's parents were "horrified" when she shared her showbiz dream with them.The 69-year-old actress is one of Hollywood's and music's biggest names, starring in dozens of films as well as having many albums to her name. She grew up in a Jewish household, with seamstress mother Ruth and her father Fred being in the navy as well as a housepainter. When she first revealed her fame aspiration, Bette's parents were wary. "They were horrified when I announced I wanted […]