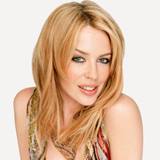 A brand new Kylie Minogue and Giorgio Moroder duet titled ‘Right Here Right Now’ has surfaced online. The song was recorded for Moroder’s new album ’74 Is The New 24′, the first album for the legendary Italian producer in 30 years.
The now 74-year old music icon spearheaded the career of Donna Summer with hits like ‘I Feel Love’, ‘Love To Love You Baby’, ‘Hot Stuff’ and ‘Bad Girls’. Moroder also recorded and produced ‘Together In Electric Dreams’ with Phil Oakey of The Human League and won the Academy Award for the Best Original Score in 1979 for ‘Midnight Express’.
Moroder later won a Grammy Award for Best Dance Recording with Donna Summer for ‘Carry On’.
The album ’74 Is The New 24′ will be released soon through Sony Music.

Stevie Nicks thinks she and former love Lindsey Buckingham are good at 'antagonising' each other. The 66-year-old Fleetwood Mac star notoriously had a long on/off relationship with her bandmate, starting in high school and lasting throughout much of their musical career. And she says the bond between them is still as strong as ever, for better or for worse. "Relations with Lindsey are exactly as they have been since we broke up. He and I will always be antagonising to […]