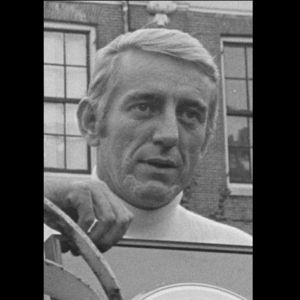 NEW YORK (AP) — Rod McKuen, the husky-voiced “King of Kitsch” whose avalanche of music, verse and spoken-word recordings in the 1960s and ’70s overwhelmed critical mockery and made him an Oscar-nominated songwriter and one of the best-selling poets in history, has died. He was 81.
McKuen died Thursday morning at a rehabilitation center in Beverly Hills, California, where he had been treated for pneumonia and had been ill for several weeks and was unable to digest food, his half brother Edward McKuen Habib said.
Until his sabbatical in 1981, McKuen was an astonishingly successful and prolific force in popular culture, turning out hundreds of songs, poems and records. Sentimental, earnest and unashamed, he conjured a New Age spirit world that captivated those who didn’t ordinarily like “poetry” and those who craved relief from the war, assassinations and riots of the time.
“I think it’s a reaction people are having against so much insanity in the world,” he once said. “I mean, people are really all we’ve got. You know it sounds kind of corny, and I suppose it’s a cliche, but it’s really true; that’s just the way it is.”
His best-known songs, some written with the Belgian composer Jacques Brel, include “Birthday Boy,” ”A Man Alone,” ”If You Go Away” and “Seasons In the Sun,” a chart-topper in 1974 for Terry Jacks. He was nominated for Oscars for “Jean” from “The Prime of Miss Jean Brodie” and for “A Boy Named Charlie Brown,” the title track from the beloved Peanuts movie.
Frank Sinatra, Madonna, Dolly Parton and Chet Baker were among the many artists who recorded his material, although McKuen often handled the job himself, in a hushed, throaty style he honed after an early life as a rock singer cracked his natural tenor.
McKuen is credited with more than 200 albums — dozens of which went gold or platinum — and more than 30 collections of poetry. Worldwide sales for his music top 100 million units while his book sales exceed 60 million copies.
He was especially productive from 1968 to 1969, releasing four poetry collections, eight songbooks, the soundtracks to “Miss Jean Brodie” and “A Boy Named Charlie Brown” and at least 10 other albums. Around the same time, his “Lonesome Cities” album won a Grammy for best spoken word recording and Sinatra commissioned him to write material for “A Man Alone: The Words and Music of Rod McKuen.”
With his sharply parted blond hair, sneakers and jeans, McKuen was recognized worldwide and thrived in every medium: movies, music, books, television, stage. When not writing or recording, he appeared on “The Tonight Show” with Johnny Carson and other talk show programs, formed a film production company with Rock Hudson and toured constantly until he took an extended break in 1981.
“I was tired. I peaked. I left when I was on top,” McKuen told the Chicago Tribune in 2001. “One year, I did 280 concerts.”
He had no formal musical or literary training, but often turned out a song or poem per day and prided himself on writing verse that anyone could understand. The work seemed to call for accompaniment by a single, sad guitar or a sobbing chorus of strings. Among his most quoted phrases: “Listen to the warm” and “It doesn’t matter who you love, or how you love, but that you love.”
The words written about McKuen were as notable as his own. Often compared to “Love Story” author Erich Segal, he was dubbed “The King of Kitsch” by Newsweek, while the magazine Mademoiselle preferred “Marshmallow Poet.” A National Lampoon parody interspaced mock verses with dollar signs.
The escapism of his work was contrasted by an early life well in need of escaping. Born in Oakland in 1933, he hardly knew his father, who left the family when he was a baby, and McKuen recalled being terrified of his alcoholic stepfather. By age 11, McKuen had run away and he would spend his teens doing everything from ranching to roping horses in a rodeo, while writing poetry in his free time.
After serving as a propaganda writer in the Korean War, McKuen wound up in San Francisco, where his friend Phyllis Diller helped him find work in the growing nightclub scene. He went on to sing with the Lionel Hampton band, acted in a handful of movies and TV shows, read poetry on the same bill as Jack Kerouac and other Beat writers and had a minor hit single in the early 1960s with the dance parody “Oliver Twist.”
Without critical approval or a book or recording contract, McKuen proved that an artist could thrive on word of mouth alone. He sang in bowling alleys to promote “Oliver Twist,” and his self-published collection of poems and lyrics, “Stanyan Street and Other Sorrows,” sold tens of thousands of copies before Random House acquired it.
McKuen slowed down over the second half of his life, and many of his books fell out of print. But he continued to publish poetry, remastered old musical recordings and gave occasional concerts. He provided voiceovers for the Disney movie and TV series “The Little Mermaid” and appeared at Carnegie Hall in 1995 for an 80th birthday tribute to Sinatra. Artists continued to record his songs, including the former Gene Ween, Aaron Freeman, who in 2012 released an album of McKuen covers called “Marvelous Clouds.”
McKuen did at times take on social and political issues. He opposed the Vietnam War, wrote a poem about the Watergate scandal and supported civil rights and equal rights for gays. Often described as a loner, he was reluctant to discuss his own romantic preferences beyond saying he did have them.
“Cats have it all,” he once wrote, “admiration, an endless sleep, and company only when they want it.”

The Recording Academy has added a number of performers to their 57th Annual Grammy Awards on February 8. Joining the roster are a number of veteran artists who are being paired with contemporary singers for unique collaborations including Tony Bennett and Lady Gaga, Annie Lennox and Hozier, Tom Jones and Jessie J and Gwen Stefani and Adam Levine. 'Throughout the years, the Grammy Awards has paired musical icons with new, upcoming artists to give fans remarkable performances that can only […]