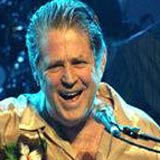 Brian Wilson returns to the original home of the Beach Boys, Capitol Records, for his new album No Pier Pressure.
Set for an April 7 release, his eleventh as a solo artist, features a long list of special guests including his former Beach Boys bandmates Al Jardine, David Marks and Blondie Chaplin, as well as Kacey Musgraves, fun.’s Nate Ruess, She & Him’s Zooey Deschanel and M. Ward, Peter Hollens, Capital Cities’ Sebu Simonian, and trumpet master Mark Isham. Wilson has also brought in session all-stars Don Was, Jim Keltner, Dean Parks, and Kenny Aronoff. Members of Wilson’s longtime touring band, including Scott Bennett, Paul Mertens, Darian Sahanaja, and Probyn Gregory also participated in the sessions, along with Matt Jardine, son of Al Jardine, and former bandmate Jeffrey Foskett. The album is produced by Wilson and long time collaborator Joe Thomas.
Wilson and Thomas first started working on the album during the Beach Boys’ 50th Anniversary tour. They recorded the album at Hollywood’s Ocean Way Studios where Wilson took a fluid, woodshedding approach to the recording process, deftly tailoring the vocal and instrumental parts and arrangements to each participant. Wilson worked to hone the arrangements, often assembling pieces from various takes, a signature style of recording he has enjoyed since his earliest sessions with The Beach Boys. In fact, several of the songs were written during the recording process.

Bobby Brown asks the public to provide Bobbi Kristina with 'the love and support she needs'. The singer rushed to Georgia from Los Angeles yesterday to be with his daughter, who he shares with late singer Whitney Houston. Bobbi Kristina was quickly transported to hospital on Saturday after being found facedown in a bathtub full of water at her home, and Bobby has implored fans to respect his family as they face the traumatic situation. "Privacy is requested in this […]