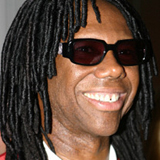 Nile Rodgers and his band Chic are about to make their first studio album since 1992’s Chic-Ism. The band has signed with Warner Brothers for the new album, due out in June. Along with the band, Warner has also purchased Rodgers’ and Michael Ostin’s Land of the Good Groove label.
Warner chairman and CEO Cameron Strang said ‘Nile Rodgers’ influence on the course of modern music cannot be overstated. For the past four decades, his visionary work as a songwriter, producer, bandleader, and musician has reverberated across genres and generations. From groundbreaking guitar work to an uncanny hitmaking instinct, to shaping the sound of countless artists, he has created a phenomenal musical legacy. Nile has never stopped moving forward, so I am thrilled to welcome him into the WBR family as he begins a dynamic new chapter of his extraordinary career and I’m doubly thrilled that Michael Ostin will be returning to the WBR fold as Nile’s label partner.
The first single, I’ll Be There, will be out on March 20.
Nile Rodgers and Bernard Edwards first met in 1970 and formed the band The Boys. They later played in New York City, who had a hit with I’m Doing Fine Now, before recruiting drummer Tony Thompson in 1977 to form the core of Chic. They signed with Atlantic and released their first hit, Dance, Dance, Dance (Yowsah, Youwsah, Yowsah) that same year. They topped the Billboard Hot 100 twice with Le Freak (1978) and Good Times (1979).
After the disco era went bust, Rodgers and Edwards produced hits for other artists including Diana Ross (Upside Down, I’m Comin’ Out) and David Bowie (Let’s Dance). Edwards died after contracting pneumonia in 1996.
Rodgers has kept the Chic name active throughout the 2000’s, releasing a number of compilations and live albums and occasionally playing shows. Since beating prostate cancer in 2010, Nile has released his autobiography and played on Daft Punk’s Get Lucky single. He has also produced the next Duran Duran album.
Chic has been nominated for induction into the Rock and Roll Hall of Fame nine times but have yet to garner enough votes.

NEW YORK (AP) — Rod McKuen, the husky-voiced "King of Kitsch" whose avalanche of music, verse and spoken-word recordings in the 1960s and '70s overwhelmed critical mockery and made him an Oscar-nominated songwriter and one of the best-selling poets in history, has died. He was 81. McKuen died Thursday morning at a rehabilitation center in Beverly Hills, California, where he had been treated for pneumonia and had been ill for several weeks and was unable to digest food, his half […]