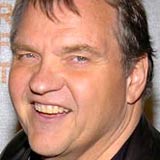 Meat Loaf doesn’t hold out much hope for the artists of today lasting very long in music. The veteran performer is known for his powerhouse anthems, like “Two out of Three Ain’t Bad” and “I’d Do Anything for Love (But I Won’t Do That),” and first took the charts by storm in the early 70s.
His popularity has endured over the years but Meat Loaf, real name Marvin Lee Aday, doesn’t think current stars will enjoy the same success.
“Nobody lasts long these days. This is a very strange time in the music business. When I was growing up music was very important in a person’s life. You used to judge moments in time by music, now you don’t. Most of the artists today won’t be around in 40 years,” he mused to British magazine The Big Issue. “Well, they won’t be. The song quality is not there. You don’t have the song quality of a [Bruce] Springsteen or a U2 or a Sting or a Bon Jovi or a Jim Steinman.”
As well as a mammoth singing career, Meat Loaf is also a keen actor. He starred in Oscar nominated flick “Fight Club,” as well as cult classic “The Rocky Horror Picture Show.”
The 67-year-old is rumored to be appearing alongside Whoopi Goldberg in new movie “TCB Baby,” and admits he prefers to hang out with thespians over musicians.
“Actors are the people I’m most comfortable around and believe it or not, those are the people I find more real. The ones that I’ve worked with anyway. We’re doing Fight Club, Brad Pitt’s making $20 million, I’m making what, $300,000, but it doesn’t make any difference because when we’re working together it’s not about the money it’s about the scene. We’re equal,” he explained.