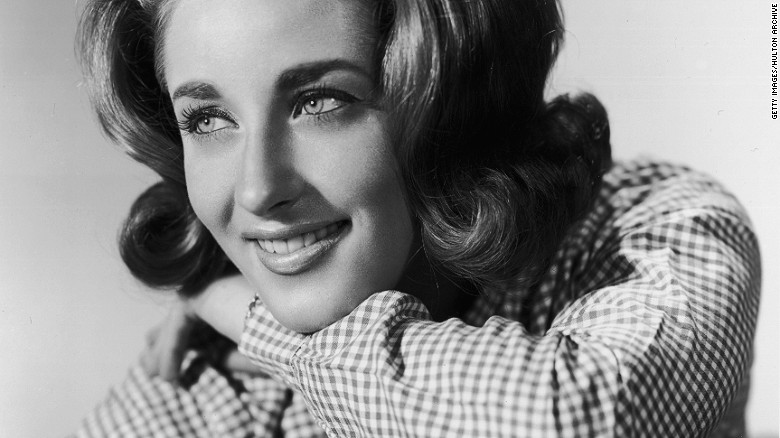 Lesley Gore, whose No. 1 hit “It’s My Party” kicked off a successful singing career while she was still in high school, has died of cancer. She was 68. Her death was confirmed by family friend Blake Morgan, who produced her 2005 album, “Ever Since.”

“We loved her and we are very sad. She was an incredibly powerful, incredibly beautiful talent,” he said.

Gore, born Lesley Sue Goldstein, had just turned 17 when “It’s My Party,” produced by Quincy Jones, topped the charts in June 1963. The song, about a girl whose party is ruined when she catches her boyfriend, Johnny, with a rival, became a pop classic, its catchy chorus often imitated.

She was an overnight success, with fans suddenly converging on her family’s house in Tenafly, New Jersey. When the disc jockey … would say, ‘That was Lesley Gore, the sweetie pie from Tenafly,’ well, people just came to Tenafly. You know, I’d wake up and there were people camped out on the grass,” she said in an interview.

The follow-ups, “Judy’s Turn to Cry” and “She’s a Fool,” were in a similar teen-love vein, but Gore’s next hit, “You Don’t Own Me,” was something else entirely. “You Don’t Own Me,” also produced by Jones, was a dramatic assertion of independence and pride. Released in late 1963, it peaked at No. 2, kept out of the top spot by the Beatles’ “I Want to Hold Your Hand.” Over the years the song, written by John Madara and Dave White, became a feminist anthem, recorded by such artists as Dusty Springfield and Joan Jett.

During the 2012 presidential campaign, a number of celebrities — including Lena Dunham, Tavi Gevinson and Carrie Brownstein — appeared in a commercial lip-synching the song in an effort to urge women to vote.

“It’s hard for me to believe but we’re still fighting for the same things we were then,” Gore wrote on her Facebook page in 2012. “Yes, ladies, we’ve got to come together and get out there and vote and protect our bodies. They’re ours. Please vote.”

The political activism suited Gore. After her singing career started winding down in the late ’60s, she volunteered for Robert Kennedy’s 1968 presidential campaign. She later worked for New York politician Bella Abzug and such projects as a Bronx community health organization, healthpeople.org.

“I worked for people like Robert Kennedy and I thought: ‘Wow, that’s what it’s about. That’s how you change the world.”

She also did some acting, playing Pussycat, a Catwoman sidekick, on the TV series “Batman.”

As an adult Gore came out publicly as a lesbian, though she told afterellen.com that she never tried to hide her sexuality.

She had some songwriting success with a tune she co-wrote with her brother Michael, “Out Here on My Own,” a song from the 1980 film “Fame” that was nominated for an Oscar, but she went almost 30 years before releasing an album of new material in 2005. “Ever Since,” a low-key collection of songs, was “very sparse, very organic,” Gore told The New York Times.

She had continued to perform, however, always ready to trot out “It’s My Party” and her other hits.

“If I’ve learned anything in this business, how stupid would it be not to do ‘It’s My Party’ when people come to hear it?” she said.

Gore is survived by her partner of more than 30 years, jewelry designer Lois Sasson.

Anni-Frid Lyngstad (aka Frida from Abba) has released '1865', her first new music in a decade. Frida's previous recording was for the track 'The Sun Will Shine Again' for a Jon Lord (Deep Purple) classic project 'Beyond The Notes' in 2004. Her last album was the Swedish language recording 'Djupa andetag' in 1996 recorded at ABBA's Polar Music Studio in Stockholm. ABBA's final album was 'The Visitors' in 1981. Frida said she had retired from recording in 2004 but did […]