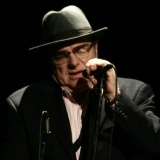 Lesley Gore, whose No. 1 hit "It's My Party" kicked off a successful singing career while she was still in high school, has died of cancer. She was 68. Her death was confirmed by family friend Blake Morgan, who produced her 2005 album, "Ever Since." "We loved her and we are very sad. She was an incredibly powerful, incredibly beautiful talent," he said. Gore, born Lesley Sue Goldstein, had just turned 17 when "It's My Party," produced by Quincy Jones, […]