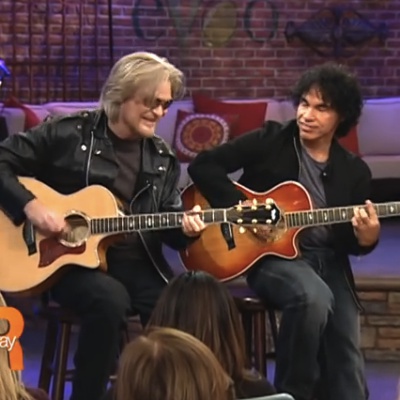 Daryl Hall and John Oates have sued a New York-based maker of granola over the name of one of their products.
The duo objects to the name of Early Bird Haulin’ Oats Granola made by Early Bird Foods of Brooklyn. Described by the manufacturer as “perfect by itself or as the base for a breakfast parfait creation. Haulin’ Oats is great for school lunches too, it’s nut free!”
Hall and Oates, though, feel that the name infringes on their copyright, saying in the suit “The name and mark Haulin’ Oats is an obvious play upon Plaintiff’s well-known Hall & Oates mark, and was selected by defendant in an effort to trade off of the fame and notoriety associated with the artist’s and plaintiff’s well-known marks.”
The duo is seeking damages along with the ending of the use of the “Haulin’ Oats” name.
Perhaps the duo Garfunkel and Oates (actress-songwriters Riki Lindhome and Kate Micucci) should take note as a two-front lawsuit could be in their future.

Bob Dylan's album "Shadows in the Night" has been a surprise hit around the world. A collection of standards from the 30s through the 50s, the album has topped the charts in England and a number of Scandinavian countries. On Monday, Dylan released a video for the 1941 song "The Night We Called It a Day." Written by Matt Dennis and Tony Adair, the song has been recorded by the likes of Frank Sinatra, Doris Day, June Christy and Diana […]