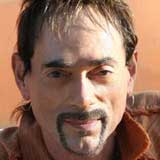 Free bass player Andy Fraser has lost his battle with cancer at age 62. Fraser formed Free with Paul Rodgers in 1968 when he was 15 years old, In 1970 they delivered the classic hit ‘All Right Now’, written by Fraser.
Free released six studio albums and one live album between 1969 and 1973 but the cracks started to show around 1971 with the breakdown of the relationship between Rodgers and Kossoff. Kossoff left the band mid-1972 and was replaced by Japanese bass player Tetsu Yamaunchi.
Free disbanded in 1973 and Rodgers formed Bad Company with Free drummer Simon Kirke.
Fraser then formed Sharks with Chris Speeding on guitar but only lasted one album. He then concentrated on songwriting. His most notable song post-Free was ‘Every Kinda People’, recorded by Robert Palmer and later covered by Rod Stewart.
In the 1980s Fraser was diagnosed with the AIDS virus and later Karposi’s Sarcoma, a form of cancer. In his bio in his own words, Andy talked about this time saying, ‘During this period I dealt with crippling pain. I had major neck-surgery, which didn’t take care of it, and every day for about 3 years I had to find a new reason not to off myself, until it was properly diagnosed. Kaposi’s Sarcoma (cancer).. which I beat back 29 times, and then found out I had gotten AIDS along the way. All of this, and taking responsibility for my own lack of vigilance, have all strengthened me, and made me fully aware there is no more time to waste’.
A statement from the Fraser family today confirmed the death of Andy Fraser stating, ‘Andrew McLan Fraser passed away on Monday at his home in California. He leaves behind his daughters Hannah and Jasmine Fraser, and their mother Ri, his sister Gail, brothers Gavin and Alex, and many friends and associates in the industry.
‘A survivor of both cancer and AIDS, Andy was a strong social activist and defender of individual human rights.’

Phil Collins has been made an honorary Texan by the state's legislature. The honor was bestowed on Wednesday in a ceremony at the state capitol building in Austin in response to Collins' donation of hundreds of pieces of historical artifacts from the Alamo that he had collected over the years. The collection was considered the largest in the world and is documented in Collins' 2012 book The Alamo and Beyond: A Collector's Journey. Collins stated that his fascination with the […]