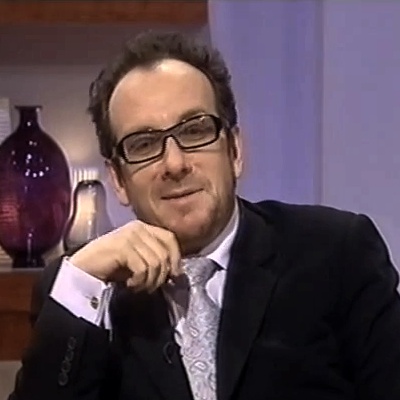 October will be a big month for classic artist memoirs with new books from John Fogerty and Elvis Costello.
Fogerty is up first on October 6 with Fortunate Son: My Life, My Music via Little, Brown and Company. The singer is expected to open the doors on the story behind his struggle to regain the right to play his own music from Creedence Clearwater Revival after numerous legal battles from Fantasy Records owner Saul Zantz.
Fogerty said in a statement ‘I want to tell the story of how I fought ‘ hard ‘ to maintain my artistic integrity in the face of opposing forces.’
The book is expected to actually start with Fogerty’s early years in Northern California through the tumultuous years in CCR and onto his semi-retirement from music and resurgence as a renowned solo artist.
Elvis Costello, ADOTG, Photo By Ros OGorman, Noise11, PhotoThen, on October 15, Elvis Costello will release his memoir Unfaithful Music & Disappearing Ink via Penguin Books.
The book is said to be ‘rich with anecdotes about family and fellow musicians, introspective about the creation of his famous songs’ which include such classics as Alison, Watching the Detectives, Accidents Will Happen, Everyday I Right the Book and God Give Me Strength (written with Burt Bacharach).
From the Penguin press release:
From his release, with The Attractions, of My Aim is True in 1976, Elvis Costello has been one of the most popular and genre-bending entertainers of our era. Born to a musical family outside of London and relocated to Liverpool, Costello created his own form of punk, became one of the first artists to exploit the newly-burgeoning MTV-Video world and managed to make himself a huge reputation in the UK and the U.S. through both his catchy tunes, provocative, poetic lyrics and more than a few instances of bad behavior. Now, having just turned sixty, Elvis is in the pantheon of elder statesmen musician/rockers, collaborating often with the likes of Paul McCartney, great ballet and opera companies, hip-hop groups, jazz ensembles while appearing frequently in venues like Carnegie Hall and on shows like David Letterman and Jimmy Fallon.

Sony Pictures has obtained the rights to the movie version of the Broadway show Beautiful: The Carole King Musical and with Tom Hanks, Gary Goetzman and Paul Blake to produce. Blake was the original producer of the theatrical version. Barry Mann and Cynthia Weil first broke the news on Twitter last Thursday, saying 'Exciting news. Film version of #Beautiful will be made at Sony, produced by @TomHanks, Gary Goetzman & Paul Blake. As DGD used 2 say WOWA!' That message […]