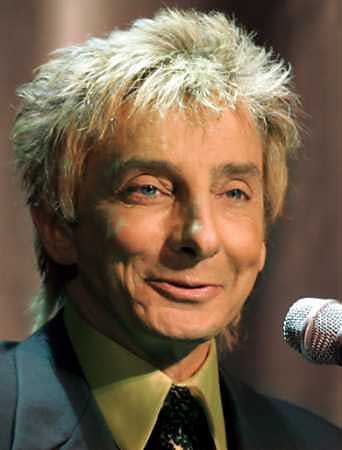 Barry Manilow is reportedly married to manager Garry Kief. According to People.com, sources confirmed that Barry and his long-term manager tied the knot last year in a small, private ceremony.
The outlet says ’20 to 30 guests’ believed they were attending a ‘lunch’. But when they arrived, they found they were witness to the nuptials.
The ceremony was held at the 71-year-old’s home in Palm Springs, California. It was officiated by his assistant Marc Hulett, while the couple’s close friend Suzanne Somers acted as best man.
Barry and Garry are said to have declined to sign any official paperwork following the ceremony, and have made it their mission to keep their newlywed status as private as possible.
However, the couple apparently do both wear wedding rings.
The news may come as a shock to some Fanilows, but according to People, Barry and Garry are ‘committed to one another and have been for a very long time.’
‘They have a great relationship,’ the source added. ‘Garry has always been there for Barry.”
The pair met back in 1979 and Garry is said to have lived with the Copacabana singer for the past 20 years.
Despite the somewhat surprising news, considering Barry has never officially come out as homosexual, sources close to the singer say he’s reached a time in his life where he really doesn’t care what people say about his relationship.
“He’s at a point now where he’s got his career and personal life in a great place and he really doesn’t care what people think,” the source said. “He’s in love and happy.”
‘It was a beautiful wedding and consummated their lifelong love affair,’ another source told the National Enquirer.
Barry’s representative did not comment when approached by People.

Billboard has released an exclusive interview with Tiffany where the former teen pop star talks about the time she posed in Playboy, how it affected her career, and why she would do it all again in a heartbeat. On how it helped re-boost her career, Tiffany says, '...A lot of TV shows that I'd been asking to do, my PR people were trying to get me on there for the new album [2000's The Color of Silence], and no bites […]