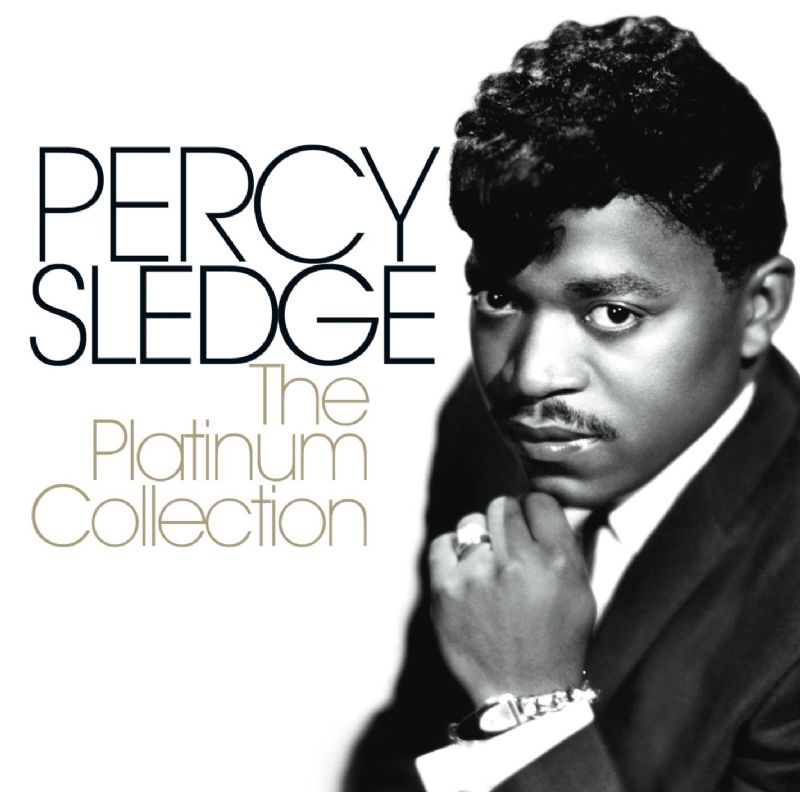 Another “Lost 45s” guest has passed away. Percy Sledge, the R&B belter whose biggest hit, “When a Man Loves a Woman,” became a cornerstone of soul music, died Tuesday. He was 73.
Sledge died in Baton Rouge, Louisiana, said Stephanie Price of the East Baton Rouge Parish Coroner’s Office. Sledge died of natural causes, said East Baton Rouge Parish Coroner Dr. William Clark. He had been in hospice care for cancer, Clark added.
In a career that started in the 1960s, Sledge had a number of hits, including “Take Time to Know Her,” “Warm and Tender Love” and “It Tears Me Up” among them.
But his first and biggest hit, “When a Man Loves a Woman,” towered over them all.
Over a mournful, slowly rising instrumental track provided by organist Spooner Oldham, drummer Roger Hawkins and guitarist Marlin Greene — key musicians of what became the Muscle Shoals sound, heard on countless soul records — Sledge crooned, pleaded and roared his way through the tune. It came directly from the heart: Originally called “Why Did You Leave Me Baby,” he’d written it about a former girlfriend, drawing from a tune that he used to sing to himself as a child.
“I hummed it all my life, even when I was picking and chopping cotton in the fields,” the Alabama-born singer told the Rock and Roll Hall of Fame.
At the time, Sledge was working as a hospital orderly, picking up gigs at night with a group called the Esquires Combo. In a fit of generosity, he gave the songwriting credit for “Woman” to two of the Esquires, Calvin Lewis and Andrew Wright, who had helped him with a few chords.
The song was recorded on February 17, 1966, in Sheffield, Alabama. Atlantic Records picked it up and wanted to redo the slightly out-of-tune horns, but the original version ended up being released. It hit No. 1 on May 28, 1966.
“Southern soul had at last entered the mainstream of pop in the unlikely guise of the ultimate make-out song,” music historian Peter Guralnick wrote. Producer Jerry Wexler called it “a holy love hymn.”
Sledge never saw a dime of songwriting royalties. He had some regrets about that, he told Blues and Soul magazine — the song would have helped provide for his children — but he accepted it.
“Worst decision I ever made. But I am not at all bitter. I figure if God wanted me to do what I did, and say what I did to tell those guys they could have the song, then I’ll leave it that away,” he told the magazine.
“When a Man Loves a Woman” became a standard, covered many times — Michael Bolton took it to No. 1 in 1991 — and featured on several movie soundtracks. It was even the title of a 1994 film starring Andy Garcia and Meg Ryan.
Sledge’s version also returned to the charts, hitting the UK top 10 in 1987.
Even with his other hits, he said, it all came back to “When a Man Loves a Woman.”
“The granddaddy to all of my songs. The boss of all of my songs. I have great respect for that song,” he told Blues and Soul. “Always will.”
Sledge was inducted into the Rock Hall in 2005.

Barry Manilow is reportedly married to manager Garry Kief. According to People.com, sources confirmed that Barry and his long-term manager tied the knot last year in a small, private ceremony. The outlet says '20 to 30 guests' believed they were attending a 'lunch'. But when they arrived, they found they were witness to the nuptials. The ceremony was held at the 71-year-old's home in Palm Springs, California. It was officiated by his assistant Marc Hulett, while the couple's close friend […]