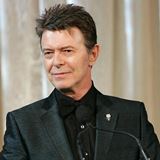 David Bowie was offered a knighthood by Queen Elizabeth II and turned it down. Bowie chose not to become Sir David in 2003. Unlike Sir Mick Jagger, Sir Paul McCartney and Sir Elton John, Sir David Bowie was not to be.
Bowie explained his decision saying, ‘I would never have any intention of accepting anything like that. I seriously don’t know what it’s for. It’s not what I spent my life working for.’
The British Monarchy awards Knighthoods in the UK. According to the official website of the British Monarchy royal.gov.uk
‘A knighthood (or a damehood, its female equivalent) is one of the highest honours an individual in the United Kingdom can achieve.
‘While in past centuries knighthoods used to be awarded solely for military merit, today they also recognise significant contributions to national life.
‘Recipients range from actors to scientists, and from school head teachers to industrialists.
‘A knighthood cannot be bought and it carries no military obligations to the Sovereign’.
Other people who have declined a Knighthood are Stephen Hawking, Albert Finney, Vanessa Redgrave and Aldous Huxley.

Bahamian R&B singer Johnny Kemp, who is best known for the hit songs “Just Got Paid" and "Birthday Suit" has died in Jamaica. He was 55. Jamaica police said Friday that Kemp was found floating at a beach in Montego Bay on Thursday morning. It had not yet been determined how he died. Police said Kemp arrived in Jamaica on a cruise ship but added that they did not have further details. Reach Media Inc. said Kemp had been scheduled […]