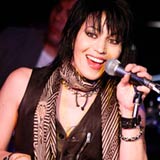 David Bowie was offered a knighthood by Queen Elizabeth II and turned it down. Bowie chose not to become Sir David in 2003. Unlike Sir Mick Jagger, Sir Paul McCartney and Sir Elton John, Sir David Bowie was not to be. Bowie explained his decision saying, 'I would never have any intention of accepting anything like that. I seriously don't know what it's for. It's not what I spent my life working for.' The British Monarchy awards Knighthoods in the […]