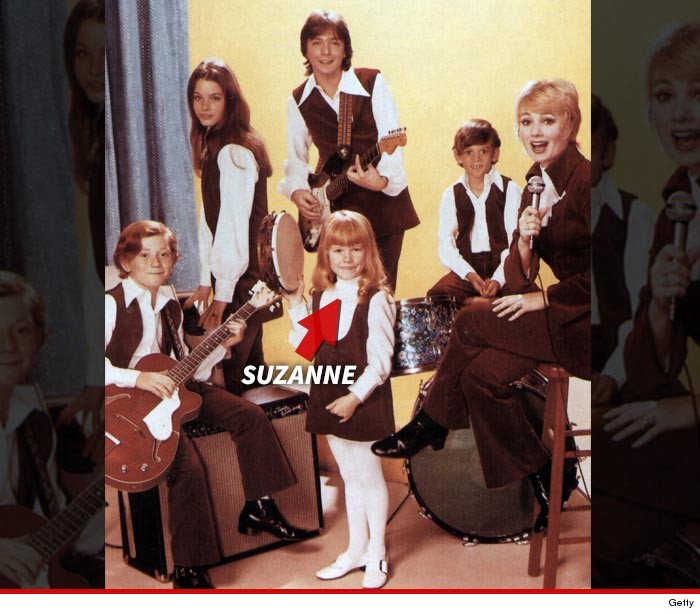 Suzanne Crough, the child actress who portrayed youngest daughter Tracy on the ’70s musical sitcom “The Partridge Family,” has died. She was 52.

Crough passed away Monday at home in Laughlin, Nevada, the Clark County Coroner’s Office said. The sudden cause of death was not explained.

The band had real hit songs with “Come On Get Happy” and “I Think I Love You,” though not all the members really sang or played instruments. The show aired from 1970-74.

Redheaded Crough was raised in Los Angeles, the youngest of eight children, according to The Hollywood Reporter. Crough also starred in the TV series “Mulligan’s Stew” and had spots on other series in the ’70s.

She appeared in a “Partridge Family” reunion on the “Today” show in 2010.

“I’m an office manager for Office Max,” she told host Matt Lauer. “I have two daughters, I’m married, I have a normal job.”

Bette Midler insists she's a 'very simple person'. The 69-year-old singer is set to hit the road once again with her upcoming Divine Intervention tour, which kicks off in May in Hollywood. And revealing she was inspired by Moses and the original Ten Commandments for the tour, Bette opened up about the commandments she lives her life by. 'The tour is called the Divine Intervention,' Bette told US TV show Extra. 'Sort of like the 'Divine' has deigned to come […]