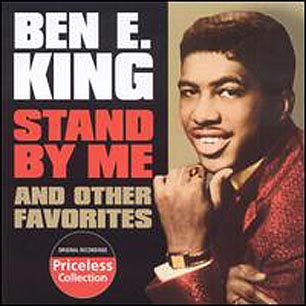 Singer Ben E. King, whose classic hit “Stand By Me” became an enduring testament of love and devotion for generations of listeners, has died.

Born in North Carolina, King first found success as an original member of the Drifters, the doo-wop group famous for such hits as “Save the Last Dance for Me.”

But he is remembered most for “Stand By Me,” which was inspired by a gospel song. The tune was a top 10 hit in the U.S. in 1961 and returned to the charts 25 years later when it was prominently featured in “Stand By Me,” Rob Reiner’s 1986 coming-of-age movie about four adolescent boys.

The song has been covered hundreds of times and has long been a staple at weddings.

In March 2015 the Library of Congress inducted King’s original version into the National Recording Registry, saying “it was King’s incandescent vocal that made it a classic.”

He also recorded many other hits like “Spanish Harlem,” “I (Who Have Nothing),” “Don’t Play that Song (She Lied)” and “Supernatural Thing” — many later covered by other artists.

Prince has just recorded a new song that addresses the unrest in Baltimore and the socio/political issues around the country in the wake of a slew of killings of young black men. Moved by the recent unrest in Baltimore, singer-songwriter Prince is showing his support with this new track, which criticizes the killing of young African-American man. The song is a tribute to all of the people of the city of Baltimore. Release plans for the song, which was recorded […]