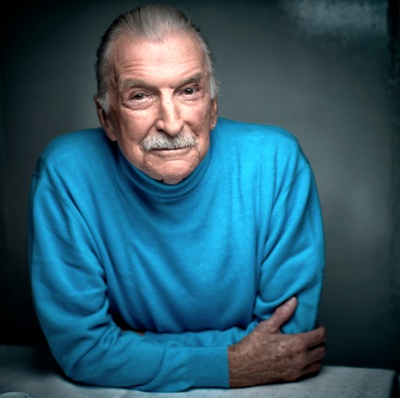 Big band leader James Last has died at his home in Florida, aged 86. The German-born musician’s manager said he died at his home “peacefully and in the presence of his family”.
His “happy music” made his numerous albums best-sellers in Germany and the United Kingdom. His composition “Happy Heart” became an international success in interpretations by Andy Williams and Petula Clark. According to British Hit Singles & Albums, he has reportedly sold in excess of eighty million albums worldwide. His American Top 40 hit was “Seduction” from the film “American Gigolo” in 1980.
He recorded more than 190 records and sold millions of copies, achieving continuous success from the mid-1960s into the early 1980s. He appeared at the Royal Albert Hall in the spring as part of a farewell tour he announced after becoming seriously ill last year.

Fleetwood Mac have discussed whether they'll be releasing a new album in the future. The iconic rock band, comprised of Mick Fleetwood, John McVie, Christine McVie, Lindsey Buckingham and Stevie Nicks, is currently performing concerts around the world on their On with the Show tour. And although Mick tells UK newspaper The Mirror he'd like to see the group cut another record because they have 'a sh*tload of new songs', his bandmember Stevie isn't so sure. 'Honestly, I just don't […]