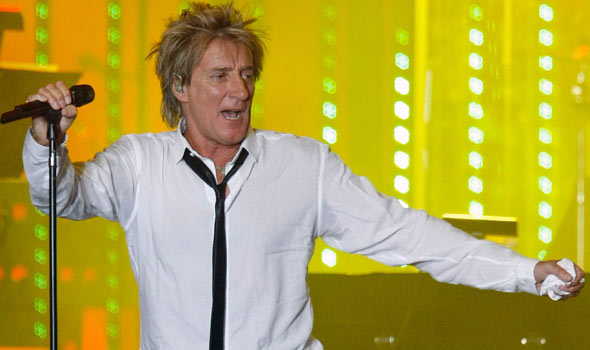 Book your tickets for a trip to Vegas as early as possible as one of the world’s best-selling artists of all time returns to Caesars Palace for the fourth year in a row. Earlier in the year, Rod Stewart and his 13 piece band kicked off 2015 celebrations with nine shows, and at the end of July they will be making their way back for another Las Vegas residency, that is currently the talk of the town.

This time around, the British rock legend will have eight concerts starting July 31st and ending on August 16th, where he’ll perform fan favorites such as “You Wear it Well,” “Maggie May,” “You’re in My Heart,” “Hot Legs,” “Tonight’s the Night,” “Some Guys Have All the Luck,” and “Da Ya Think I’m Sexy.” As a Grammy Living Legend, a two-time Rock and Roll Hall of Famer, and seasoned Caesars Palace headliner, Stewart knows exactly what it takes to get you on your feet dancing along with him at his electrifying shows.

The concerts will be held in the Colosseum where award-winning artists such as Celine Dion and Elton John have previously had residencies. During the performance, Stewart plans on projecting vintage photos and early video footage for a full-blown journey through his illustrious career as he sings the crowd through his long list of hits. And the Colosseum is the perfect venue to give the audience that auditory and visual experience with its spacious stage and large screens set up behind the band.

Boy George looks at the Culture Club reunion as part of his 'recovery'. The 54-year-old musician is the lead singer of the hit band, who released legendary tunes like "Karma Chameleon" and "Do You Really Want to Hurt Me" in the 1980s. Culture Club is kicking off a new tour on July 17 in Canada, 12 years since they last toured in North America, and Boy views their reunion as something special. 'Three of the four of us are in […]