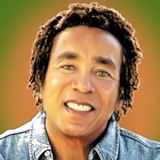 Smokey Robinson has been selected as the Rock and Roll Hall of Fame’s 20th Music Master. Robinson’s career and music will be honored during a series of events in Cleveland between November 2 and 7 culminating in a gala concert on the last day at the State Theater.
Dr. Lauren Onkey, Vice President of Education and Public Programs for the Hall said ‘Smokey Robinson’s accomplishments as a songwriter, performer, and producer are unparalleled. It is particularly fitting that we honor him this year, the 20th year of Music Masters. The longstanding popularity and impact of his work shows us the power of popular music in our lives, which is what Music Masters is all about.’
Other events during the week include interviews, panels, films and other programs at both the Hall and Case Western Reserve University who is a cosponsor of the events.
From the Hall’s press release:
Save for founder Berry Gordy, no single figure has been more closely allied with the Detroit-based recording empire known as Motown than William ‘Smokey’ Robinson. In addition to leading the Miracles, Robinson served as a Motown producer, songwriter, talent scout and Gordy’s most trusted confidant and right-hand man.
Smokey Robinson and the Miracles scored twenty-seven pop-soul hits at Motown between 1960 and 1971, including the classics ‘You’ve Really Got a Hold on Me,’ ‘Shop Around,’ ‘Going to a Go-Go and ‘I Second That Emotion.’ The Miracles’ brightest moments on record ‘ ‘Ooo Baby Baby,’ ‘The Tracks of My Tears’ and ‘The Tears of a Clown’ foremost among them ‘ still kindle memories for those who came of age in the Sixties.
Robinson also wrote and produced for numerous other Motown artists, including Marvin Gaye (‘Ain’t That Peculiar,’ ‘I’ll Be Doggone’), the Temptations (‘Get Ready,’ ‘The Way You Do the Things You Do,’ ‘My Girl’), Mary Wells (‘My Guy,’ ‘You Beat Me to the Punch’) and the Marvelettes (‘Don’t Mess With Bill,’ ‘The Hunter Gets Captured by the Game’).
Robinson later turned to a solo career where he continued his hitmaking tradition with ‘Just to See Her,’ ‘Quiet Storm,’ ‘Cruisin’,’ and ‘Being with You,’ among others. In 2004, he released his first gospel album, Food for the Spirit. His most recent album, Smokey & Friends, peaked at #2 on the R&B charts and #12 on the Billboard 200 and included collaborations with Elton John, James Taylor, Mary J. Blige, and John Legend. Earlier this year, Robinson received a BET Lifetime Achievement Award.

I consider Lynn and Mentor friends. She will be missed. -Barry >Country singer Lynn Anderson, best known for her classic recording “(I Never Promised You a) Rose Garden,” died Thursday night of a heart attack at Vanderbilt University Medical Center. She had been hospitalized for pneumonia following a trip to Italy. She was 67 years old. Lynn Rene Anderson was born Sept. 26, 1947 in Grand Forks, N.D., and raised in California. She came from a musical family: Her parents […]