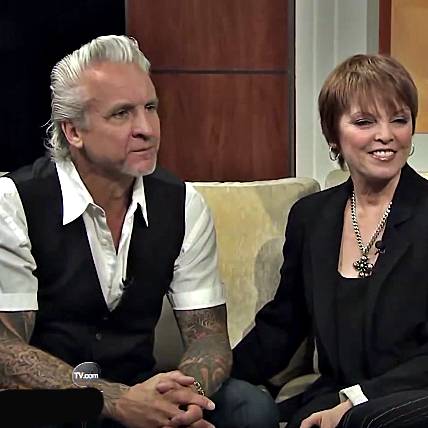 Pat Benatar and Neil Giraldo have been forced to cancel the balance of their current tour after Neil had to have emergency eye surgery. The couple first cancelled just five shows between August 11 and 16 after Giraldo had the surgery. On Sunday, they went ahead and cancelled the other thirteen shows of the tour, scheduled to go through September 6.
No specifics have been stated but it appears to have been some sort of injury that threatened the future use of his eye. Giraldo originally posted thanks to fans on August 11, stating that he had been playing with pain from headaches for about a month.
“I’d like to thank everyone for their well wishes and prayers, they certainly are contributing to the healing process. I have been experiencing headaches for the past month, performing through the pain…thinking it was nothing and would just go away. It didn’t…instead it turned out to be a serious eye emergency and required immediate surgery to repair it. The prognosis is good and I look forward to seeing y’all soon. Thank you for your patience and understanding. You’re the best!” -Spyder
Benatar made the official announcement about the balance of the tour on Sunday, adding more information on Giraldos recovery:
“Dear Ones – It has been a crazy week ..Spyder’s eye injury was unexpected and terrifying.Thanking God and the Universe that he was able to have surgery immediately and save his eye.He is healing nicely and expected to make a full recovery!Unfortunately,not soon enough for us to continue the tour.He is unable to fly,exert himself or engage in any activity that could compromise the healing process.So with heavy hearts, we will have to cancel the scheduled dates,through Alaska.We know this is such a huge disappointment for everyone,us included.We were having a blast out there,celebrating our milestone anniversary with all of you!Ya’ll were there every night..singing your hearts out,rockin’ like crazy!We thank you for your never ending enthusiasm and dedication…you are the BEST!We hope you understand that we must do this,to ensure Spyder’s good health for the future.We hope to be out there performing for ya’ll for many years to come!We’ll keep you posted on his progress and any updates regarding future performances.Thank you for your good wishes and your continued patience and support.We’ll see you out there!”

Billy Joel's wife has shared the first picture of 'absolutely perfect' daughter Della Rose. Alexis Roderick, 33, and her 66-year-old husband welcomed the baby, their first child together, into the world on Wednesday. And just days after becoming a mother, Alexis took to her Instagram account to tell fans just how much Della has changed her life. 'Della Rose Joel. Thank you for all the love!' Alexis wrote. 'She's absolutely perfect! Busy, busy, here at the Joel home but I […]