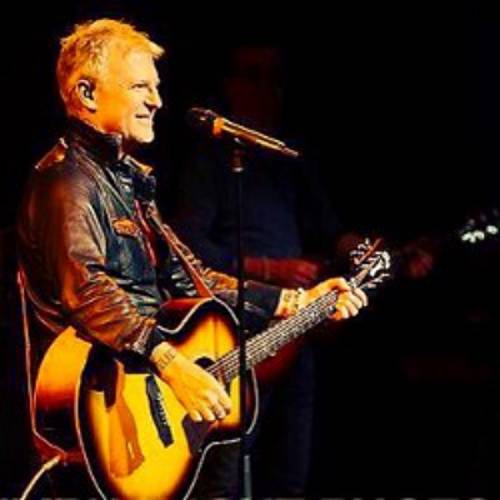 Alan Frew, lead singer of the Canadian band Glass Tiger and “Lost 45s” guest, has announced that he has suffered a stroke. Frew, 58, went on Instagram with the news and the fact that he was writing with his left hand because his right side was compromised:
“This my friends is one of the toughest stories I have ever had to write not only because I am right- handed and I am typing to you with my left but because what I am going to tell you is very difficult for me but I want you to hear it from me directly and not from the rumour mill. On Thursday I suffered a stroke. That’s right. A clot in my brain. This will now be the fight of my life. I am alive, obviously , and have all my brain power. I have suffered right-sided trauma but I am fighting the Warrior’s fight already. I AM A WARRIOR make no mistake about that and I WILL release the beautiful CD I have worked so hard on and I WILL perform it live for you ASAP ..this I promise you. Those of you who pray by all means do so and those of you like me who don’t send me your energy and I will use it all to return to you as soon as I can. Stroke is NOT an age disease be you 15, 25, or 55. Stroke is a human condition . I am lucky and I will treasure that . I will see you all soon enough when I PERISCOPE one day and I WILL sing for you again, fear not. You guys are a major part of my journey back. Peace & Love Alan”
He later added thanks to his fans: “I am truly humbled and overwhelmed by the outpouring of love and best wishes you have all shown me. From the depths of my heart I thank you and I am gradually healing minute by minute on my quest to keep my appointments with you all.” ️Alan showed his progress by posting handwritten lyrics to the band’s biggest hit, “Don’t Forget Me (When I’m Gone).”
Glass Tiger formed in Newmarket, ON, in 1983 and, three years later, had hits with Don’t Forget Me (When I’m Gone) (1986 / #2 U.S / #1 Canada), Someday (1986 / #7 U.S. / #14 Canada), I’m Still Searching (1988 / #34 U.S. / #2 Canada), Diamond Sun (1988 / #5 Canada) and Animal Heart (1991 / #4 Canada).

Bob Dylan has been crowned Rolling Stone's greatest songwriter of all time. To recognize the folk legend's brilliant contributions to music history, Rolling Stone has placed Dylan at No. 1 on its "100 Greatest Songwriters of All Time" list, a comprehensive ranking spanning many decades. Dylan, whose most recent release is 2015's Shadows in the Night, penned such classics as "Like a Rolling Stone," "Blowin' in the Wind," "Knockin' on Heaven's Door," "Forever Young," "Subterranean Homesick Blues," "Positively Fourth Street" […]