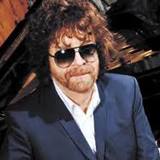 Known as one of the most iconic forces in music history, Jeff Lynne’s ELO is set to deliver a new album which will be the first new ELO music in 15 years.
Entitled Alone In The Universe, the album is set for global release November 13 on Columbia Records (RCA Records in the UK). The album is available globally for pre-order Friday, September 25th and the first single ‘When I Was a Boy’ is also available Friday. Fans who preorder the album will receive ‘When I Was A Boy’ instantly.
As with ELO’s previous chart-topping albums, Jeff Lynne continues to serve as ELO’s producer, songwriter, arranger, lead singer and guitarist. In September 2014, for the first time in 30 years, Jeff Lynne’s ELO headlined BBC Radio 2’s “Festival In A Day” in London’s famous Hyde Park to a sold-out crowd of 50,000 fans in attendance and nearly a million people tuned in to watch.
Lynne was the creative genius behind ELO which sold more than 50 million albums worldwide, had more than 20 Top 40 Hits across the U.S. and the U.K. and received countless awards and accolades. At the time of ELO’s formation, Lynne had said the goal was to create modern rock and pop songs. A goal that remains true some 30 years later with the creation of new material.
‘Music is such a powerful force in our lives. A good song can make people feel much less alone in this universe. And trying to create one of those songs somehow makes me feel less alone too. My whole life-from being that kid with a dream in Birmingham right until today-proves how much music can do,’ said Lynne.
‘Jeff Lynne is a total master of his craft and ‘Alone In The Universe’ is pure pop perfection. We are thrilled to be involved in the return of ELO and enormously proud to be releasing this contemporary classic on Columbia Records,’ said Ashley Newton, President of Columbia Records