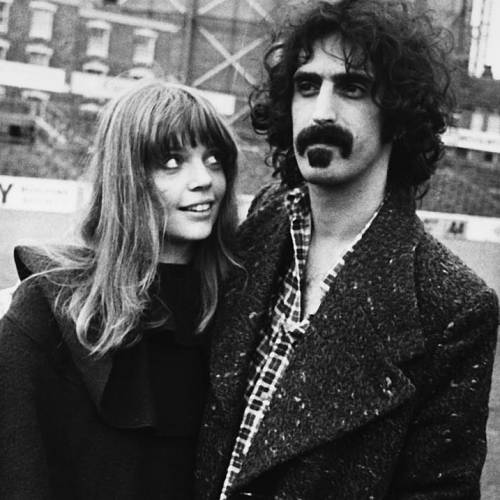 Gail Zappa, the widow of rock great Frank Zappa, has died at the age of 70. TMZ first reported her death which, according to her family, happened on Wednesday afternoon in Los Angeles. While the cause of death was not released, they said that she had been ill for some time.
Frank, who had been previously married from 1960 to 1964, had completed a promotional tour for his album Freak Out! (1966) when he returned to a house where he was living in Laurel Canyon and met Adelaide Gail Sloatman. According to Zappa, he fell in love “within a couple of minutes” and Sloatman moved into the home during the summer of 1966. They married the following year on September 21. Zappa had a Top 40 hit with “Valley Girls.”
The couple had four children, Moon (born September 28, 1967, one week after their marriage), Dweezil (1969), Ahmet (1974) and Diva (1979).
Despite the pressures of the rock music world, Frank and Gail remained married until Zappa died on December 4, 1993 at the age of 52. Since that time, Gail has been in charge of the release of all of her husband’s recordings under the Zappa Family Trust which holds the rights to not only his music and other creative endeavors but also to his image.

Billy Joe Royal, a guest on "The Lost 45s" known for such hits as "Down in the Boondocks," "I Knew You When" "Cherry Hill Park" and "Tell It Like It Is" has died at age 73, according to news reports. Mr. Royal died in his sleep on Tuesday at his North Carolina home. "Mr. Royal was born April 3, 1942 in Valdosta, Georgia, and began singing at an early age. As a young man he performed on the radio program […]